November 3, 2016 — Matthew J. Smith joins the Seventh Judicial District’s Montrose Office as their newest investigator. His career in law enforcement began at the Montrose Police Department and continued at the Montrose County Sheriff’s Office. Matthew worked as a patrol officer and deputy, field training officer, investigator, instructor, and polygraph examiner prior to becoming part of our team. 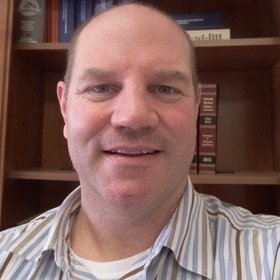 In his spare time, Matthew enjoys a variety of activities common to those who call this part of Colorado home. Fly fishing, mountain biking, and whitewater rafting fill Matthew’s time away from his duties at work. Matthew has made Montrose, Colorado, his home, where he and his wife have lived since 2005. Matthew is native to western Colorado, and grew up in the North Fork area.

Matthew is committed to his community and district, and he strongly believes that participating in public service is an honor and privilege. Matthew truly believes that we are each equally invested in our communities, and he is excited to be part of the Mission of the District Attorney’s Office: to promote Justice by providing the highest quality legal services for the People of this District and to promote Public Safety by supporting strong communities.