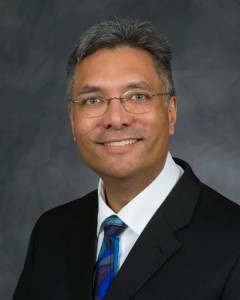 After more than a dozen years working in the District Attorney’s Office, Seth Ryan will be in charge of it and all prosecutions in the 7th Judicial District, come January.

“I’m really excited to take the reins as DA,” Ryan said Tuesday. “I’m excited to bring some modern management principles to our office, so we can work toward common goals and give attorneys and the entire staff the guidance and tools necessary to succeed.”

Ryan also said he is pleased the transition is smooth, which is not the case in all district attorneys offices in the state. A smooth transition means the office can focus on moving forward.

Ryan has worked for the 7th Judicial District Attorney’s Office for the past 13 years, spending more than six of these as the head of the special crime victims unit. The unit prosecutes sex crimes committed against children and adults.

Ryan has also been lead prosecutor on high profile cases, such as the deaths of two children in Norwood attributed to doomsday cult activity.

Ryan earned his law degree, as well as a master’s degree in business administration, from the University of Denver and prior to working as a deputy prosecutor, worked for Charles Schwab.

“One of the things I’ve noticed, not just about district attorneys offices, but law offices in general, is they don’t run as effectively as I think they could. With business management, business administration tools and concepts, I think that law offices and district attorneys offices in general can be much more effective than they are now,” Ryan said.

Ryan understands that working with other public agencies and entities that serve victims is critical. He cited the Dolphin House Child Advocacy Center, which serves the child victims of abuse and children who witness domestic violence, as well as their non-offending family members. Its name was inspired by actual dolphin behavior — dolphins are known to surround their sick and injured compatriots and raise them to the surface.

“That’s been my philosophy of prosecuting cases. The District Attorney’s Office is just one small part of what makes prosecuting criminal cases effective,” Ryan said.

“It requires teamwork between law enforcement, victim advocates, victims, Health and Human Services, and my goal is to make sure that our office is working with all the stakeholders in our cities, towns, in all our communities, to make sure we are working together to come to the best possible result.”

The public does not always agree with the results of cases. Ryan has borne criticism for the way some sexual assault cases ended, with critics saying the cases were either mishandled, or the penalties too soft.

“For all cases, but especially sex offense cases, there is no cookie cutter, one-size-fits-all resolution of a matter. We work extensively with the victims of sexual assaults and we try to craft a resolution that is very victim-centered,” Ryan said.

“Where you may have one victim who wishes to go forward, who wishes to go in front of a jury and tell their story, in other cases, we have victims who do not want to talk about probably one of the most embarrassing and traumatic experiences of their lives in front of a group of 12 strangers. We try to listen to what victims want. We try to craft a resolution that victims want.

“Justice to one person does not look the same as justice to another person.”

Prosecutors bear the burden of proof; also, although prosecutors may argue for a specific sentence, they do not ultimately decide that sentence. Judges, who are restricted by laws applicable to specific punishments for specific crimes, and who weigh multiple factors specific to each case and each defendant, hand down sentences.

“We are bound by the law and the penalties that the law imposes. Sometimes, we can’t get to a resolution that the community, or a victim, or witness, thinks is appropriate, because we are limited by the law on what we can do,” Ryan said.

Although the DA’s office will have a new head in a few months, some challenges remain the same: rising caseloads for a limited staff (presently 15 prosecutors, district-wide), and funding constraints.

“It’s our mandate as prosecutors to prosecute violations of criminal law. The reality is, there are so many days in a year and only so much courtroom capacity, only so many judges,” Ryan said.

“So we of course are challenged by coming up with resolutions that, one, support rehabilitation and people being held accountable, but being allowed to stay in the community. I think one of the unique aspects of the 7th Judicial District is it’s not like Denver. We don’t have people who are from other places who are just coming through town. The people we prosecute are often the members of our community and have been in our community for multiple generations,” he added.

“After they serve a sentence… they plan on returning to and remaining in the community.”

Another of Ryan’s priorities is engaging in victim-centered prosecutions.

“My plan is to establish policies and guidelines so that attorneys not only comply with the minimum requirements of the Victim Rights Act, but provide the highest level of services to victims of crime in our community; making sure we all come together as a team — law enforcement, the elected officials in each county, each city and each town — to work together to create strong, healthy communities,” he said.

Each county in the judicial district — Montrose, Delta, Hinsdale, Gunnison, Ouray and San Miguel — provides funding to the DA’s office in a percentage based on population. The DA’s office also receives grant funding, which the COVID-19 pandemic has made even tighter. Primary grant funding streams flow from the Victims of Crime Act (VOCA) and Violence Against Women Act.

But Ryan said he’s ready for all challenges that lie ahead. He extended gratitude to his wife, Stacey Ryan, for supporting his career as well as running his campaign for DA.

Ryan also praised Hotsenpiller, who was initially appointed to the job in 2011, following the 2010 arrest and start of prosecution (by the Colorado Attorney General) of the elected district attorney for unlawful sexual contact and criminal extortion.

“Dan came to our office during an extremely traumatic time for our office,” Ryan said. “Dan came into an office that was broken, that was losing people at an alarming rate, and he did a great job coming in and not only healing our office from that crisis, but also taking us into the modern age.”

“When COVID hit, we weren’t behind the 8 ball. We were completely prepared to work remotely and we continue to to that. We have not had interruption of service. We’ve been able to adapt,” Ryan said.

As for Hotsenpiller on a more personal level? “He’s been an extremely valuable mentor as a trial attorney,” Ryan said.

Hotsenpiller gave him the vote of confidence.

“Seth is going to do a great job. He’s prepared and more than qualified,” Hotsenpiller said.

“Having tried the most challenging and complex cases, he’s ready to elevate the capabilities of the entire team. Having studied and practiced leadership, he’s primed to continue the forward progress necessary to serve our law enforcement partners, crime victims and communities.

“Seth is the right guy to meet the challenges of now and the future.”