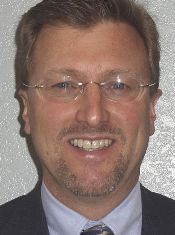 On Tuesday, January 10, with little fanfare, District Attorney Dan Hotsenpiller was formally sworn in to his second elected term, then got back to work.

There’s a lot of that — and a shortage of hands to get it done, although Hotsenpiller is making gains.

“One of the things we need to do is build our capacity to effectively prosecute major cases,” said Hotsenpiller, the top prosecutor for the 7th Judicial District (Montrose, Delta, Hinsdale, Gunnison, Ouray and San Miguel counties).

Adult felony cases district-wide came in at nearly 400 — 398 for 2016, compared with 358 the year prior. A number of these are complex cases, involving such crimes as fatal child abuse, significant marijuana grows and sexual assaults.

While Hotsenpiller’s stable of deputies is filled with qualified and dedicated attorneys, most are quite new. One-third of the attorney staff now there was hired in 2016 and, on average, each has been an attorney for five years. Some of the prosecutors have multiple years of experience under their belts, however, such as Assistant District Attorney Barb Sanford.

Overall, though, the tenure with the District Attorney’s Office has changed, Hotsenpiller said.

“We’re going to have to really focus on training and build capacity to prosecute major cases.  We have a lot of major cases going on and we don’t have a lot of lawyers who have experience doing it.” National standards call for felony-level prosecutors to handle 150 cases a year. “I’ve got two doing almost 400. Up until September, I had one,” Hotsenpiller said, of deputy DAs.

Continued training, coupled with an emphasis on attorney retention — so that deputy prosecutors don’t leave for better prospects, taking their experience with them — is a multi-year goal for Hotsenpiller in his newly begun term, he said.

“We’ve got to retain experienced and excellent employees. We’ve got to not just train folks, but we’ve got to figure out how we can retain them,” he said.

The same applies to other staff members, Hotsenpiller added: “One of the key problems is we still do not have the resources to pay competitive salaries.”

Salary surveys show pay in the 7th District lags behind comparable positions elsewhere. “And it’s getting worse. The market has come back, especially on the Front Range and urban areas. The reality is, every one of my attorneys could make more money working somewhere else,” the DA said.

By law, the state pays 80 percent of Hotsenpiller’s salary. The DA’s Office receives funding from counties in the 7th Judicial District and a small amount from the state to offset the administration of certain programs, but is otherwise reliant on grant funding.

“We submit our overall budget (to the six counties). There’s discussion and some number is approved. Then it is allocated among the counties by statutory formula based on population,” Hotsenpiller said.

That changes every year, based on official state population data. Hotsenpiller has taken his budgetary and staffing woes to officials in the counties, which, he indicated, are trying to help.

“They understand the problem. They’ve stepped up to the plate. We’ve got to work on our salary levels for experienced people, or we’re going to become a revolving door,” he said.

Hotsenpiller also is pushing to increase interaction with community organizations whose work is related to, or which complements that of his office.

“We have to do a better job of working with all of the various agencies that deal with victims, victims’ families and offenders… the more we are working together, the better outcomes we are going to have. We need the help of every one of our community partners to effectively help victims tell their stories. That’s when we see good outcomes in court,” he said.

His office will also be focusing more on children who witness crimes, in hopes of reducing the trauma they experience as a result of what they see or experience.

“We have a growing community. There’s more happening here. With that, we’re going to continue to be challenged. We’ve got to meet those challenges in the next four years,” Hotsenpiller said.