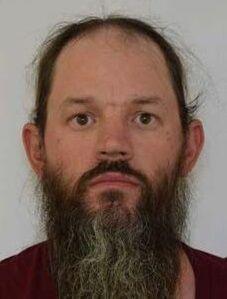 Christopher Tiffany could spend decades in prison after pleading guilty to a murder attempt in 2019 that left his victim paralyzed and in a wheelchair for life.

On Sept. 3, 2019, Tiffany went to the Eckert-area home of a woman he had been previously accused of victimizing in an act of domestic violence. There, he shot Tristan Schwinn, 20, after spotting him inside the home. The bullet struck Schwinn’s neck.

Tiffany initially left the scene, but leads and information from a Montrose County Sheriff’s Office deputy who was Tiffany’s stepbrother, placed him in Nevada. State troopers there arrested Tiffany without incident and he was extradited to Colorado.

Tuesday, almost two years later, Tiffany pleaded guilty to attempted first-degree murder and agreed there were facts supporting “crime of violence,” a sentencing enhancement that took the murder attempt into the aggravated range. In his case, the crime of violence was found because he had used a firearm to attempt murder.

The agreement calls for between 24 — 36 years in prison, and Assistant District Attorney Rob Zentner said he will be seeking the full 36 years at Tiffany’s Sept. 30 sentencing.

Zentner told the court he was confident that, had the case gone to trial, Tiffany could have faced even more time, even if a jury had accepted that he acted in the heat of passion. (Heat of passion is a mitigating factor in a crime, in which a defendant was so provoked that it overrode his or her sense of reason.)

Because Tiffany had been convicted of three or more felonies in the past 10 years, he could have been sentenced as a habitual offender, if convicted at trial — in his case, that would be up to 96 years.

Securing a plea, however, voids the possibility of Tiffany appealing, Zentner said. Further, it is possible that even if a jury had convicted him, Tiffany would have served less time than the range to which he agreed under the plea deal.

Tiffany initially balked when asked to enter a guilty plea to the sentencing enhancement “crime of violence” itself, because he thought that provision meant he didn’t have to speak about it.

In conferring with the DA and defense attorneys, the court found both sides conceded to the crime of violence — Tiffany had, indeed, used a firearm. The court’s finding on the sentencing enhancement was a procedural matter necessary for a sentence of at least 32 years, Zentner later said.

When then asked if he admitted to attempting to murder Schwinn, Tiffany said: “I do.”

Tiffany is also responsible for almost $35,000 in restitution and claims for more could be filed, which then would be subject to another hearing.

The restitution included a figure of $15,000 for the victim, to which, Zentner said, the man is “somewhat indifferent” because mere receipts cannot touch his losses.

The victim’s injuries resulted in him “being bound to a wheelchair for the rest of his life,” Zentner said.

Zentner after court said the victim had not expressly offered opposition to the plea agreement when notified as required by law. Schwinn is expected to speak at sentencing.

“The victim in this case was paralyzed from being shot by Mr. Tiffany. He is confined to a wheelchair,” Zentner said.

“We will be asking for a 36-year sentence. We feel comfortable with the plea agreement in terms of a stipulated sentence in comparison to similar cases that we’ll identify at sentencing. In consultation with the victim and other DA’s offices, we felt this was in line with where we needed to be.”

Tiffany, formerly jailed on a $100,000 bond, is now being held without bail in light of his plea.