November 8, 2016 — There was a time when stepping into the District Attorney’s Office afforded a view of rows of filing cabinets.

Staffers and attorneys might have been clustered around single scanner — the only one in the six-county 7th Judicial District, the use of which was  restricted because of a per-page cost.

Those days are well on their way out. 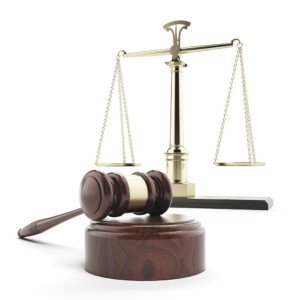 District Attorney Dan Hotsenpiller is moving the office toward electronic filing, a process that, while somewhat burdensome, is necessary.

“I was adamant that we begin the process of reducing our dependence on paper files, learn better how to share electronically, both internally as well as externally, as well as attempt to become more efficient and save money through the electronic processing of records,” Hotsenpiller said. “Those were really things I wanted to do from the moment I started.”

Hotsenpiller was appointed as top prosecutor in 2011 and has since been elected to the post.

“We’re now at a completely different place, really, where we truly are creating, sharing and saving information in an electronic form,” said Hotsenpiller.

The DA’s Office is also soon to roll out a new website. Its information and technology partner is Rocky Mountain Computer Solutions, LLC.

The transition to electronic filing isn’t complete, nor has it been challenge-free.

“We need to start receiving information from our law enforcement partners electronically. That process is ongoing,” the DA said.

Such information includes reports, photos, video and audio recordings. The hope is that this component will be in place by early next year.

The Montrose Police Department is on board, officials there said.

“The Montrose Police Department was wanting to go that route, but (previously), the DA’s Office was not set up to do that. We are prepared to do that,” Cmdr. Gene Lillard said.

The then-district attorney decided not to use it, Chinn said.

“We’re going to be very happy to have this in place with the DA’s Office. It will save a lot of time,” he said.

Prosecutors are also seeing a time-saving benefit through electronic filing.

In September, Hotsenpiller was finally able to access files in Gunnison and other counties in the district.

“It took us that long to even get to the point. We can now finally access all information of the district attorneys’ office,” Hotsenpiller said.

“That took a huge investment in hardware, not necessarily in costs, but over time, we had to invest in the right kind of equipment, software and user trainings.”

Plus, the office had to try to increase bandwidth for Internet access in Montrose and Delta. For Montrose, extending the fiber optic cable for the office was $5,000; the Delta office still needs increased capacity, but was able to upgrade the phone lines.

“We still don’t have anywhere near the broadband that people are talking about. We’re very anxious for that to happen,” the DA said.

Ironically, perhaps, the wireless capability for accessing electronic records is lacking in the courtrooms — they’re not wireless-friendly, he said.

Electronic record capability even helps with office management, when it comes to utilizing staff members.

“One of the challenges this office always faces is that, because of our geography, we have not been able to take advantage of excess capacity (deputy DAs who have time to assist on other cases) if we have it. We’ve not been able to reallocate capacity throughout the district,” Hotsenpiller said. “In addition, we have major cases that require teams of people. It has been really a challenge to assign a whole team and keep that team together for a case.”

Before the switch to electronic records, it was harder to deal with vacancies in the office — Hotsenpiller had to farm people out to cover where he could.

“You literally had to put someone in a car and say, ‘You have to drive to Gunnison and do what you can in six hours or so.’ Now, because we can electronically share information, we can access (Gunnison) files and see what needs to be done,” he said.

The new records keeping method and access capabilities is going to improve the office’s “customer service,” and lead to more efficient handling of cases, the DA added.

He’s seeing better case presentation in court: Hotsenpiller recalled walking into a Durango court as special prosecutor for a murder case with just two laptops. The defense team there, by contrast, filled an entire row of seats with three-ring binders of case information.

“It’s all good… You cannot imagine how different this place is from five years ago. It’s just a new way of doing things. There’s a lot of training. That takes time,” he said.