October 19, 2020 (DENVER, Colorado)—Attorney General Phil Weiser has issued a public advisory reassuring Coloradans that the state will protect their right to vote safely and that his office will prosecute those who threaten or intimidate voters. The advisory provides guidance on the crime of voter intimidation, its penalties, and how to report violations should a person witness or be a target of voter intimidation at a polling center or at an official ballot drop box.

Weiser is releasing this advisory as polling centers open around the state today for in-person voting, making clear that voter intimidation is illegal under state and federal law. Under Colorado law, voter intimidation occurs when someone interferes, impedes, or prevents another from voting, or pressures a person to vote for or against a candidate or ballot initiative. Voter intimidation is a misdemeanor punishable by a fine of up to $1,000, up to one year imprisonment, or both. The attorney general and local district attorneys have authority to prosecute voter intimidation crimes. 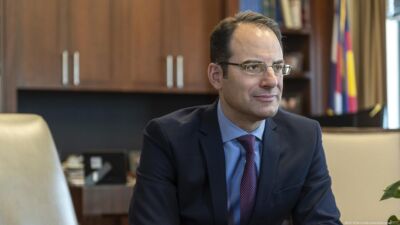 “Colorado’s voting options—whether by mail, at a ballot drop box, or in person at a polling center—are safe, reliable, and easy to use, and we plan to keep it that way. We are issuing this advisory today to remind all Coloradans that they are entitled to free and fair elections and we will use all the tools we have so that everyone can exercise their right to vote safely and free from intimidation,” said Weiser.

Highlights from the attorney general’s advisory, available in English and Spanish, include:

Any person who witnesses or is a target of voter intimidation should contact their local law enforcement agency or county clerk and recorder for immediate assistance, or the Colorado Attorney General’s Office at 720-508-6777 or click here to make a report in English, and here to make a report in Spanish. If it’s an emergency, people should call 911.

Additional information on voting procedures can be found on the Colorado Secretary of State’s voter resource webpage.